The Court of Two Sisters is a New Orleans, courtyard style restaurant that is well known for its unique brunches and Creole buffet. In 2015, they hired us to do some renovations and repair work on their restaurant, and we knew right away we had quite a challenge ahead of us.

The restaurant is located on Royal Street in the French Quarter, but its entrance is located at the back of the restaurant on Bourbon Street. Both streets are known for being high traffic areas since locals and tourists have made them one of the cities many social hubs. We welcomed this challenge and did not allow it to obstruct our plans for reconstruction. We worked closely with a full service architect drawing plans and coming up with ideas on how to renovate the restaurant while still remaining operational and within the budget.

The list of things that needed to be completed included renovating the hot and cold buffet stations, redesigning the omelet and waitress stations, and making structural repairs to the terrace area. The waitress station was originally very small, but it was redesigned to look more appealing and interconnected with the terrace. We also had to clean up old electrical work and make sure it was up to code like the omelet station, which was upgraded from gas powered to electric induction heat range units. This idea allowed the elimination of the ventilation hood, which in turn created the larger station they were looking for. In between the terrace and buffet station, a large structural steel beam had rotted and needed to be repaired as well.

There were quite a few obstacles we ran into while working on this project. For one, the restaurant could not be shut down entirely because it is a well-known tourist destination, and it has a reputation to uphold. So the front of the restaurant and the kitchen remained open while the buffet and terrace area were temporarily closed. Just like many businesses located in the heart of the French quarter, the Court of Two Sisters has residential neighbors and must adhere to strict noise ordinances, which restricted most of the renovations from being performed anytime after hours. There was also a considerable amount of water and mold damage found in the doors and walls of the terrace area, which forced us to tear out the exterior walls, assess the damage, and rebuild them.

The time span for this project was shorter than one would expect (two weeks), but it was necessary because of the popularity of the restaurant and how much traffic it generated. This required us to make most of the millwork in our shop before the first day of demolition rather than on location. Our shop-built items included picture moulding framed panels lining the exterior walls of the terrace, custom-made French doors for the terrace and buffet area, and all of the structural work for the hot and cold buffet lines.

The final product was finished on time and looked absolutely wonderful. The lovely people over at The Court of Two Sisters could not have been a better group of people to work with due to their collaborative work nature and their helpfulness. We look forward to conducting more business with them in the future. 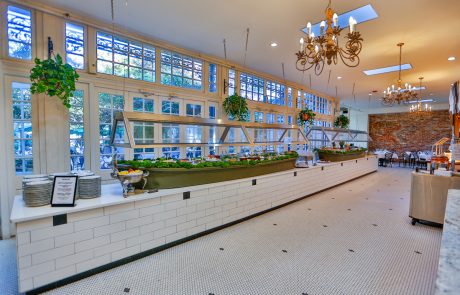 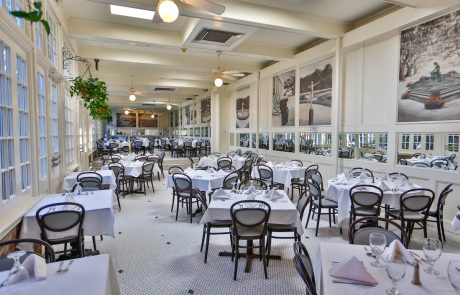 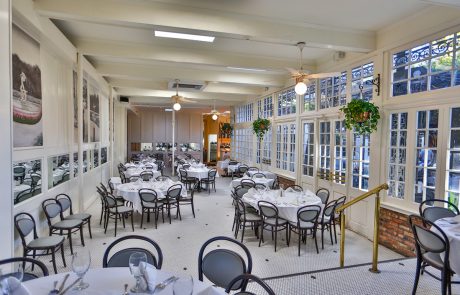 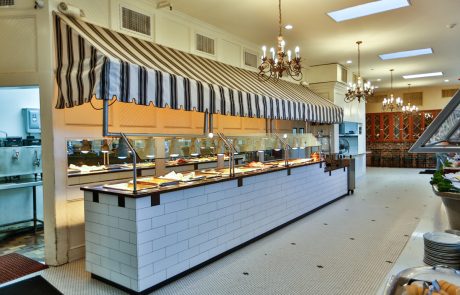 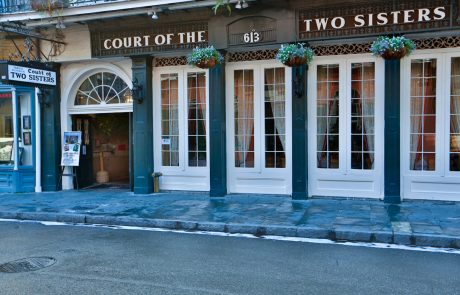 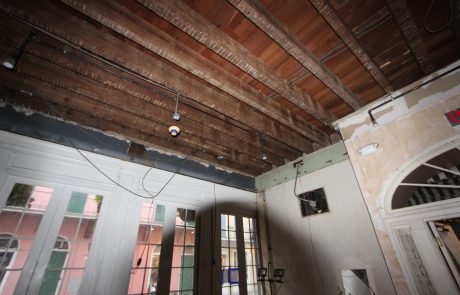 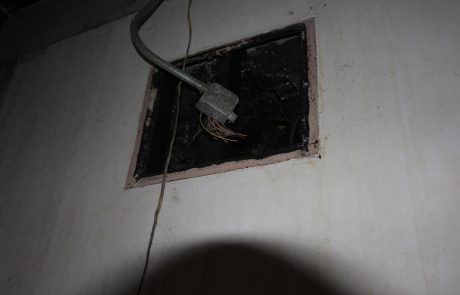 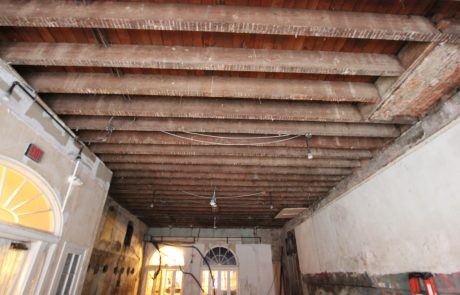 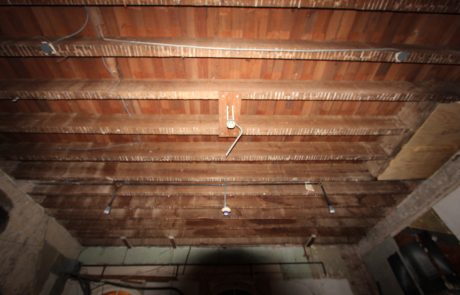 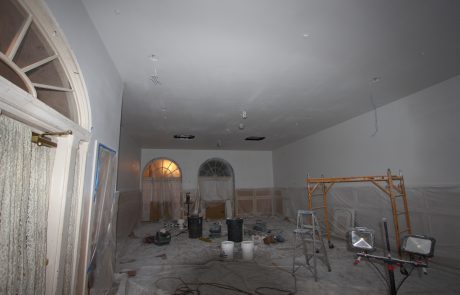 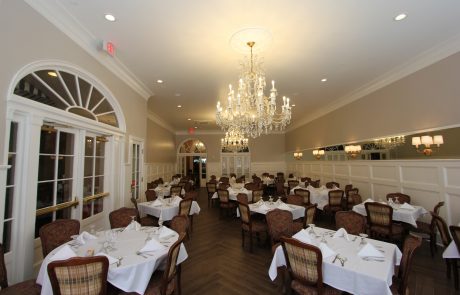 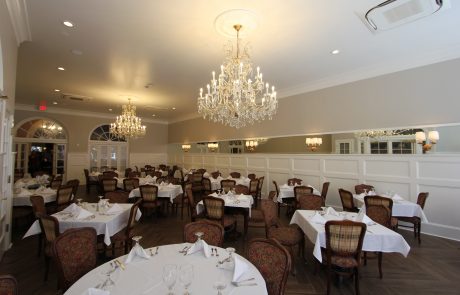 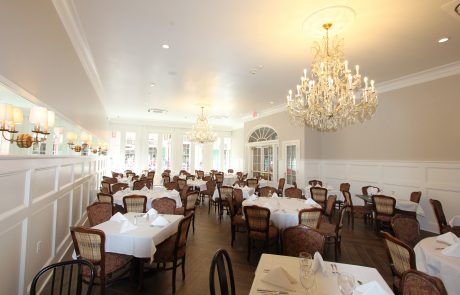 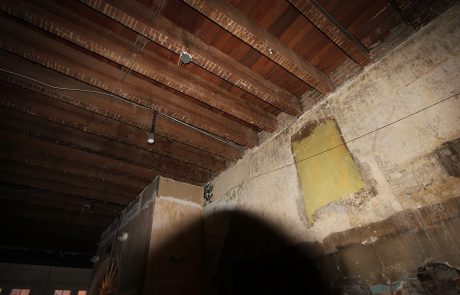